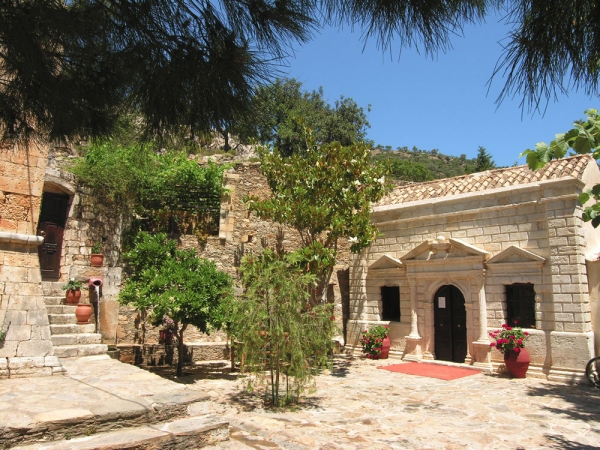 Attali Monatery or Bale is located on the hills of Agia Ypakoi near Bali village and is dedicated to Saint John the Baptist.

Although the monastery dates back to the 14th century, written testimonies date back to 1628 onwards.

The Monasteries & Churches is built on numerous levels and features stables, an oil mill, baking premises, a fountain, a ceramics workshop and a Refectory featuring impressive murals.

The catholicon is not situated at the centre of the Monastery, as is common practice, but in the north-eastern side of the complex, outside the citadel built around the monastery to protect it from pirate raids. Initially, the church was a single-space structure, but was converted into a two-aisle church in the 16th century.

During the Ottoman era, the Monastery suffered extensive damage.

View the embedded image gallery online at:
https://www.creteprivatetours.com/points-of-interests/item/56-attali-monastery-or-bale#sigProIdf3af21b598
back to top