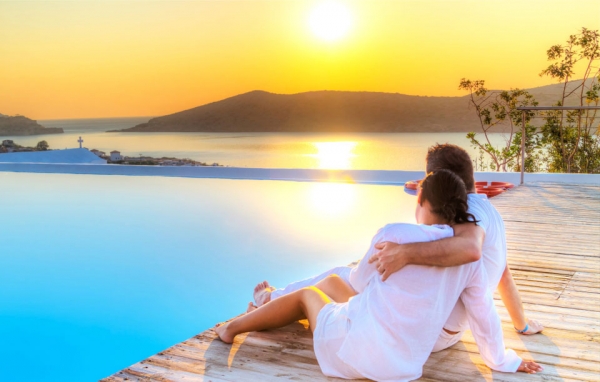 The climate of Crete

The climate of Crete is generally described as mild Mediterranean, differentiating itself with continental characteristics in the mountains. In general, a basic characteristic of the local climate are large deviations from place to place.

The geographical position and the morphology of the soil of Crete drastically affect the climate of the wider area, which, in turn, is affected by the climatic characteristics of three continents, as well as by the insular character and the local changes caused by the mountainous morphology, especially between the northern and the southern positions of the island.

The yearly temperatures fluctuate between 14 and 15 degrees Celsius, the mainland has generally warmer summers and colder winters, while the southern coasts are warmer both in winter and summer in relation to the northern coasts.

Crete has a privileged geographical position in the Mediterranean, which gives it a mild climate with mild changes of the weather. The winter, which usually starts in the middle of December, is mild. Its colder months are January and February. The plains of Crete are among the warmer areas of Greece, especially their eastern and south-eastern part, which resembles North Africa. This is particularly obvious in the vegetation of the area, which is very similar to that of North Africa (e.g. the beautiful palm forest of Vai).

The sunshine lasts almost the whole year with greater intensity from April to October. The hottest months are July and August, but generally because of the sea breeze and the effect of the etesian winds, the summer is relatively cool. The presence of clouds is small and decreases as we move from the west to the east. The rains increase as we move from the east to the west and from the coastline to the mainland. The changes from place to place are strong. The White Mountains (Lefka Ori), for example, accept about 2 meters of rainfall and snowfall every year, while the south-eastern coasts of Crete to accept a considerably less quantity.

In Crete, as in almost all parts of the world, the climate change has started to manifest itself. A typical example is the desertification of mountain areas of the island, which are “stripped” of their vegetation and look like lunar landscapes. These landscapes, however, are significant pockets of biodiversity, while some species have adapted themselves to the new conditions and survived. In fact, they can be found only there and nowhere else in the world.

Published in Climate of Crete

View the embedded image gallery online at:
https://www.creteprivatetours.com/climate-of-crete#sigProId2bb1299ae4
back to top