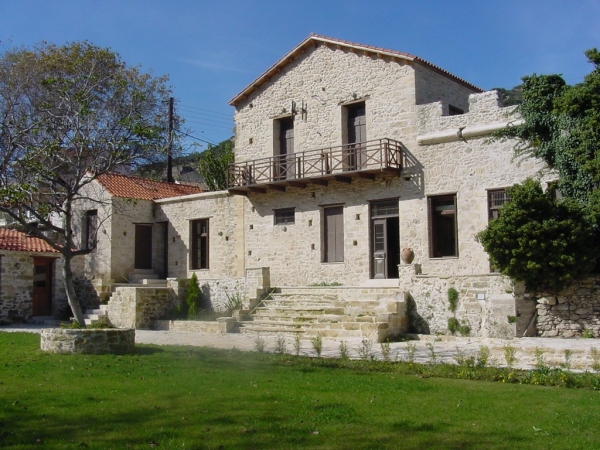 Labyrinth is more than a Musical Workshop, is a way of life through music.

Labyrinth Musical Workshop was founded in 1982 by Ross Daly, in order to initiate ,mainly young people, in a creative approach to traditional musical idioms from various partsof the world. Since 2002 it is hosted at village Houdetsi in Crete where, regularly every year, open seminars and "Master - Classes" are conducted with some of the greatest teachers of traditional music from around the world. It is a meeting point for musicians and students and is recognized as the leading institution in Greece today, in the field of education of tropical and traditional music in general. Labyrinth was awarded with european citizenship prize 2012. It was initiated by the greek parliament in 2008 as recognition of europeans outstanding achievements. The award was given for activities that facilitate cross-border cooperation in the european union and promote mutual understanding and cooperation between citizens and member states.

Why is Labyrinth different from other educational institutions? The seminars and master-classes that are held at Musical Workshop Labyrinth, are not targeting only to help students learn the necessary technical and theoretical information, but also to encourage them to come closer to the spirit of tradition that they are studying, and eventually enter into this world, in which every music tradition is nothing else than one of many components. During the seminars period, teachers and students are constantly one company. Apart from the time spent in particular lessons, they play music together, they eat together, discuss matters of common interest, share stories etc. This procedure has a result, not only in learning the technical skills and repertoire, but also in approaching these often inaccessible traditions that the teachers represent, in a hospitable atmosphere, with a very personal dimension. Students attend two three-hour daily courses of instrument technique, musical phraseology and music theory. At the same time, they are given the chance to participate in 'musical groups'together with the teacher and other students, while often, advanced students take part at the concert at the garden of Labyrinth.

View the embedded image gallery online at:
https://www.creteprivatetours.com/points-of-interests/item/46-labyrinth-musical-workshop#sigProId226cbb9c1d
back to top